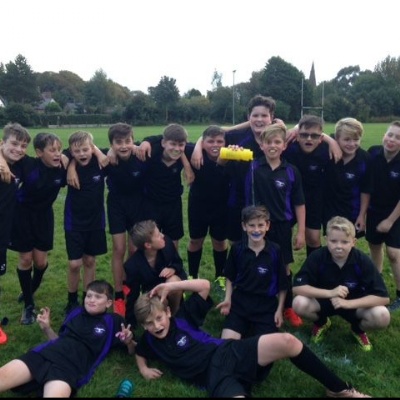 The boys were all very excited for their first rugby game for Hilbre.

Several of the boys have never played a game before. We played Pensby first and won 10-5, next we played Oldershaw and Captain Fletcher Bellington led his team with a hat-trick of tries, winning 50-5. The third match was against Woodchurch; Hilbre won 10-0 - Jack Smith had a great introduction to rucking with help from the captain, pushing him forward to clear the defence and win the ball. The fourth and final game was against Calday. This was the most difficult of all and after a fantastic run up the field by Oliver Johnson, Joe Yates scored the first of three tries and we won 15-0. Man of the match was awarded to Hector Owen. Well done boys and thank you to the parents who supported the boys. Mrs Myers.