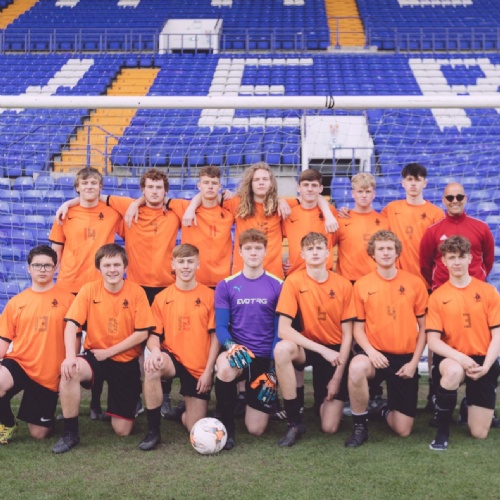 Our Year 11 footballers reached Prenton Park in the Final

Thank you to all those who came and watched the year 11s at Prenton Park yesterday.  The support from parents, relatives, Hilbre Staff and Pupils was great.

Even though our team lost 3-1 against Ridgeway, the game was of high quality and could have gone either way. Our team went down 2-0 in the first half but just before the second half Caelan Ryan brought it back to 2-1, with a well executed 1 on 1 goal giving the mighty Seagull's hope.

Yet after 20 minutes of pressurizing Ridgeway in the second half, we just couldn't score an equaliser except for our scrappy goal ruled offside. Then Ridgway scored a 3rd spectacular goal from outside the box, which dampened our spirits and led to a 3-0 defeat.

The team played well, especially Jacob Sampson who got man of the match for our team.